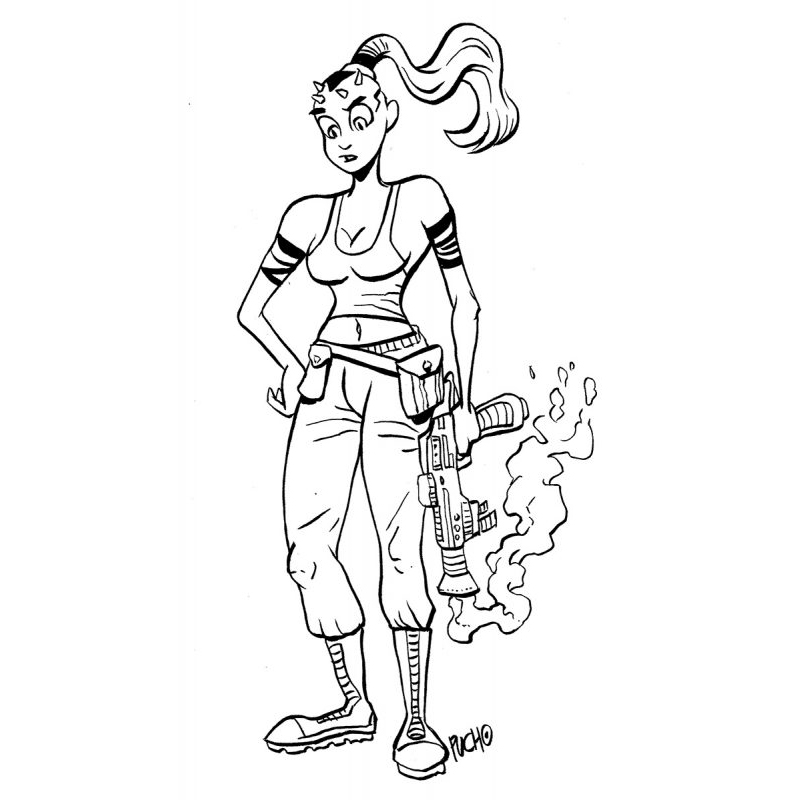 Jas Emari was a female Zabrak who worked as a bounty hunter during the Galactic Civil War. She was present at the Battle of Endor and made the decision there to switch sides on the conflict and no longer work with the Galactic Empire. She was the niece of bounty hunter Sugi who was active during the Clone Wars. Jas was present on Akiva when the Imperial Future Council met on the planet. She then worked with others to take down multiple Imperial targets to collect a large bounty. During the Rebellion on Akiva, Jas joined a misfit rebel cell consisting of Norra Wexley, her son Temmin Wexley, his B1 battle droid Mister Bones, and the former Imperial loyalty officer Sinjir Rath Velus.